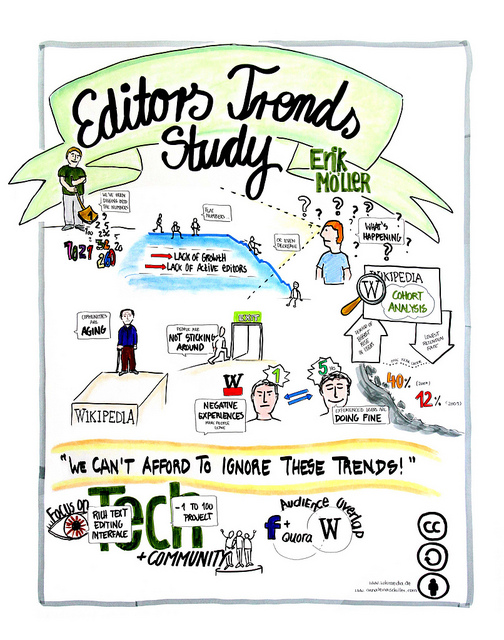 One of the main topics this year’s Wikimedia Chapters Meeting in Berlin was the so-called editor trends study on decreasing editor retention. It takes an in-depth look at the fact that people today tend to stay less longer in the community than when Wikipedia was still young. New editors get more easily frustrated than in the early days. Another big topic was Wikimedia’s struggle to define the „roles in the movement“. The difficult question here is: How does a decentral, community-based project grow and organize? The most crucial issue here is how to negotiate identity of philosophy and practice. How can Wikipedia/media incorporate the ideals and values it is build upon – such as participation, openness and transparency – into actual practice, and into their own organizational structures? Together with Sabria David, I facilitated the sessions.