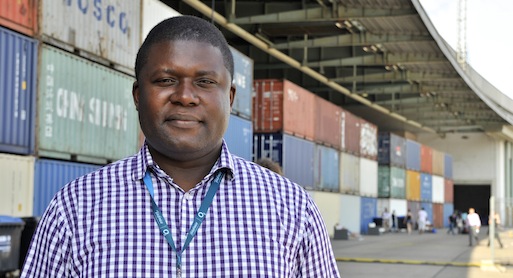 „There’s nothing wrong with the technology. But we have to ensure that we are not financing the war“.

Tantalum is extracted from coltan and used in mobile phones. One of the places where the raw material is mined is the Democratic Republic of the Congo, formerly Zaire. Here Bandi Mbubi spent the first 21 years of his life. A student activist, Mbubi suffered persecution and fled the country two decades ago. He is the director of a centre for the homeless in London.

With his campaign „Congo Calling„, Mbubi raises attention for the ongoing conflict in the Congo, fuelled by the mining of the so-called „conflict minerals“ coltan, tin, gold and tungsten. He believes a global outcry is needed so that manufacturers of mobile phones and other applications will stop to buy materials from conflict mines in the central African country and fill the pockets of those who commit atrocities.

Trailer to Frank Poulsen’s documentary Blood in the Mobile: